As the US House of Representatives (that controls the purse strings of the Federal government) escalates spending, the US Treasury has to issue more debt. In fact, the US has now exceeded the 100% debt to GDP that was first exceeded back in 2012 in the wake of the financial crisis. 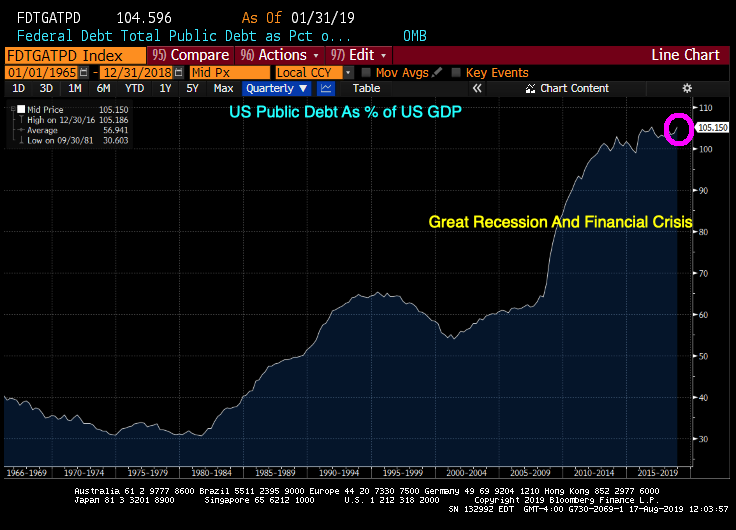 And with the US Treasury 30-year yield hitting all-time lows,

Treasury is exploring longer-term maturities to refinance its debt and issue additional debt to cover the Federal budget deficit.

(Bloomberg) — With interest rates on 30-year U.S. debt hitting all-time lows this week, the US government is once again considering whether to start borrowing for even longer.

The U.S. Treasury Department said Friday that it wants to know what investors think about the government potentially issuing 50-year or 100-year bonds, going way beyond the current three-decade maximum.

But given the unusual shape of the Treasury and Swap curves (both inverted in the short-term), is this Fed-caused disturbance in the yield curve or a signal of recession in the coming 5 years.

And as global negative yielding debt explodes, so does gold prices. 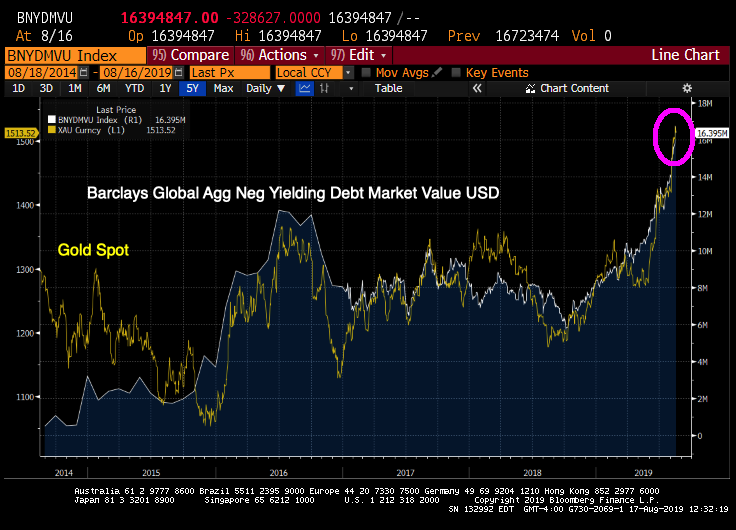 Its the same all over the world in terms of negative yields.

But will the US come dancing at the negative Treasury yield party?