Cryptocurrencies have had a wild ride.

According to Dailybitcoinnews, cryptocurrency exchanges operating illegally in China face a new threat after the central bank announced it would take new steps to uphold its trading ban.

In a statement on Nov. 21, the People’s Bank of China (PBoC) warned it was taking action against entities allegedly involved in trading cryptocurrencies such as Bitcoin (BTC).

The move was in response to a rise in trading activity following China’s public endorsement of blockchain technology, it said.

Pledging to keep its promise to outlaw trading, the PBoC vowed to “dispose of” any such activity it discovered under its jurisdiction.

Yes, Bitcoin has now plunged to near $7,000 and has broken through 3 resistance lines. 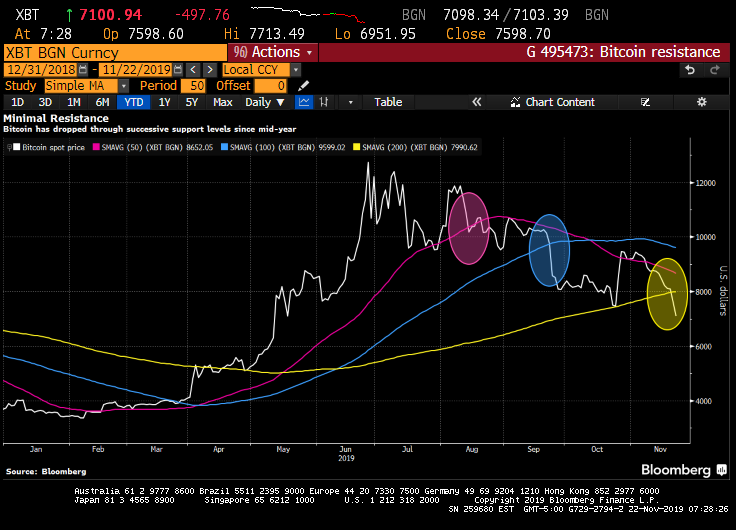 All the major cryptocurrencies are down 5-6% this morning. 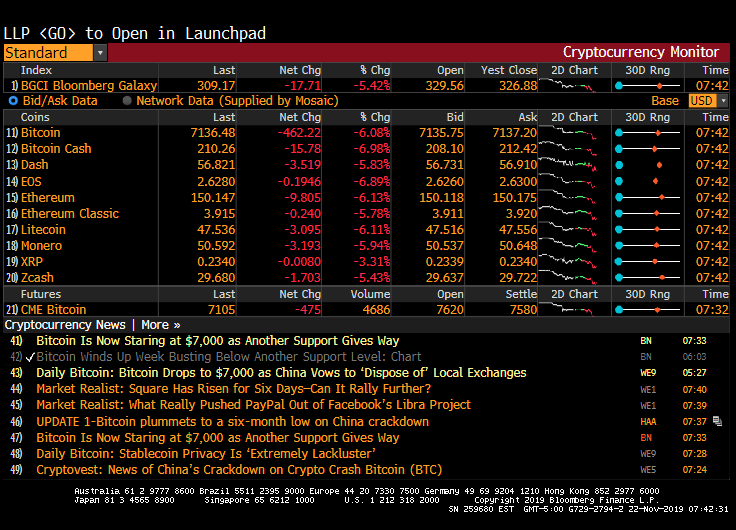 How soon before others Central Banks try to eradicate cryptocurrencies?

Except for Venezuela, of course.

Venezuela President Nicolas Maduro, speaking on state television, said he was authorizing the use of 30 million oil barrels to back the country’s cryptocurrency, known as the petro.

Too bad Maduro has already trashed the Bolivar. In April 2019, the International Monetary Fund estimated that inflation would reach 10,000,000% by the end of 2019. The Central Bank of Venezuela (BCV) officially estimates that the inflation rate increased to 53,798,500% between 2016 and April 2019.